What is digitalization and how is it affecting the trucking industry?

The digitalization of the trucking industry, and on a broader level, of the automotive industry, is a hot topic at the moment.

With the advent of digital technology and connected objects, the automotive industry has seen some fundamental changes in the course of a few decades.

Today’s vehicles are now closer to computers on wheels than ever before. They communicate with us and with each other, they gather all sorts of data about us and their environment and even more than that: they will soon be able to operate completely autonomously. 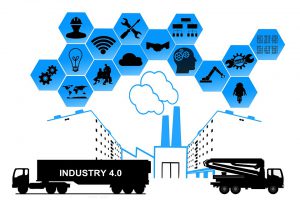 But it is not only about autonomous vehicles…

Testing of autonomous and semi-autonomous vehicles by big automotive and tech companies has already started to raise concerns within the industry. But digitalization is not just that. It involves all the back and forth conversation between the fleets on the road and the back office, and alerting them about anything happening during the journey and react in real time.

Consequently, one may wonder if we are heading towards a world in which trucks will constantly communicate with each other and analyze location, vehicle status, road hazards, etc on their own.

But besides all the technological advances brought up by digitalization, many concerns are being raised regarding the security of the vehicles.
In this regard, the blockchain technology might well be key to the next big revolution within the trucking industry.

The Blockchain Industry - What is it?

According to www.trucks.com, “Blockchain [is] a technology that stores incorruptible blocks of information across a shared digital network [and] could revolutionize the future of trucking and logistics by creating a new system of completing transactions, tracking shipments and managing fleets.”

To put it into the current context, blockchain is the underlying technology that supports the controversial digital currency called “Bitcoin”. 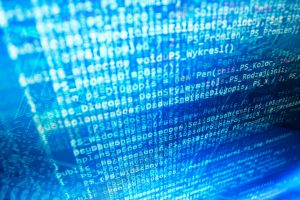 Thanks to this new technology, truck drivers would be able to use sensors to track data in real time such as the temperature inside vehicles conveying food or the weight of their loads.

For customers, this would mean a better tracking of routes and ETAs and the possibility to retrace the trucks’ itinerary very precisely and quickly.. All in all, it implies a total transparency along the entire supply chain.

In order to start implementing this new technology, a coalition of players of the transport and logistic industry have united to create the Blockchain in Trucking Alliance (https://bita.studio/).

But according to Kenneth Craig, vice president of McLeod Software and member of the alliance, also known as BiTA, “the concept of deploying blockchain in trucking systems is only in its infancy”.

Consequently, we still have time before the blockchain or any other technology takes over the trucking industry, but the shift has already started and significant changes are to come in the coming years.

Learn more about the topic: