2017 has gone very fast for the ALK team in the UK and in Europe with a lot of changes in the way we operate, many partner events & trade shows, and a better than ever team spirit across Europe. Last year, we have also made our big come back on the trade show scene in Europe and worked really hard to improve our partner relationships even more over here.

Overall, we took part in 21 partner events and trade shows across the European region, in England, France, Germany, Italy, Spain, the Czech Republic, the Netherlands, and Belgium. 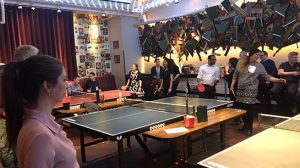 December has been quiet in London, with the usual industry slowdown around the festive season. However, all of us had a final chance to gather one last time before the new year for the annual Christmas party.

This time our German and French teams flew in and we all went to play ping-pong before heading to a traditional pub in London to enjoy our Christmas meal. 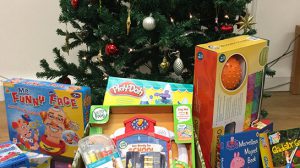 Finally, as part of a national initiative, we all wore our best Christmas jumpers as part of Christmas Jumper Day on December 15th, an initiative aimed at raising funds and awareness around the Save the Children charity.

On that same day, we also donated a bag of presents to the GOSH charity to brighten up Christmas time for the children of the Great Ormond Street Hospital in London.

Like always, it was a very busy year for the North America team with trade shows and other events across the country. Partnerships definitely grew stronger this year which helped us get a better understanding of what is needed in the industry. We participated in 40 trade shows and conferences in 2017, even crossing over to Canada for one. We are all looking forward to an even better 2018!

Partner events and Trade Shows came to a complete stop once December came around. This gave the ALK team time to celebrate the successful year and begin planning for the year ahead. The Princeton team celebrated a festive holiday party at the Nassau Inn. There was also gift giving for lucky ALK raffle winners which everyone always enjoys watching just as much as winning! 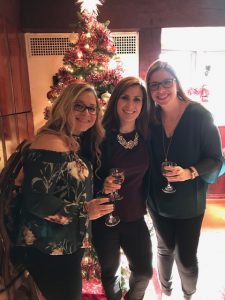 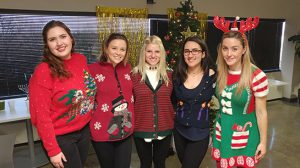 For the first time, the Princeton office took part in office celebration “Ugly Holiday Sweater Day” for a good cause. For every ALKer that participated, a donation was made to a Women’s Space Inc., a local shelter for women and families that are impacted by domestic violence. The Princeton office also participated in donating charitable items to Women Aware.  December was definitely the season of giving for ALK as a whole.

As the one year anniversary of our internal Raise the Bar initiative is getting closer, we are happy to look back at the 11 events and initiatives organized over 2017, which have helped us to enhance communication between our teams and to participate in more charitable events than we ever did before.

Towards the end of the year, we launched a new CoPilot Truck website that now encompasses the CoPilot Professional and Consumer versions of the product all in one location.

As 2017 comes to an end, we thanked our customers and partners globally for another great year. This year we donated to several charitable organizations including nonprofits focused on helping those who serve the transportation industry. 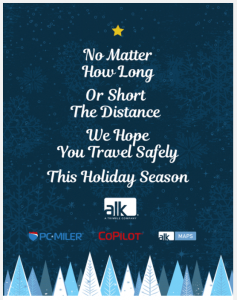